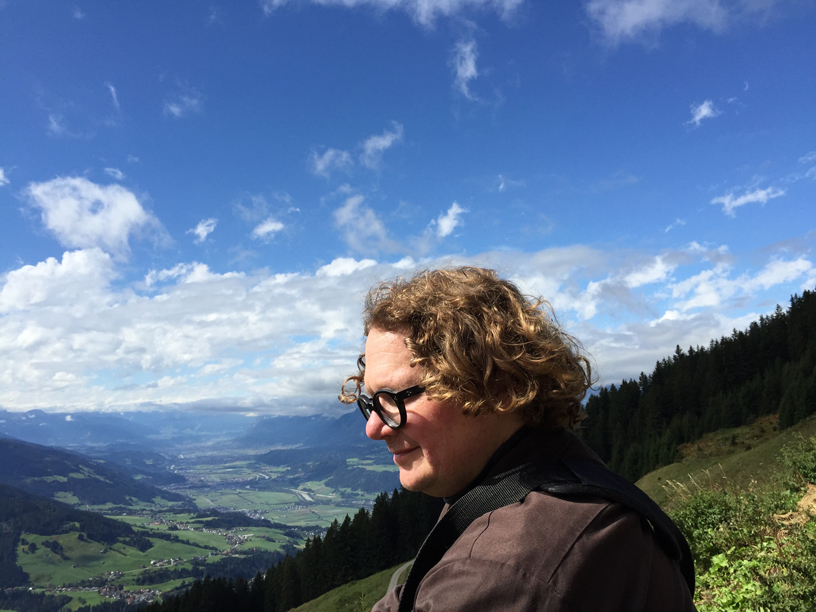 Canadian composer of Ukrainian descent Marc Sabat (*1965) has been based in Berlin since 1999. He makes pieces for concerts and installations, drawing inspiration from ongoing research about the sounding and perception of microtonally extended just intonation (JI). He relates his practice to various music forms—folk, experimental and classical—seeking points of shared exploration and dialogue between different modes of experience and cultural traditions. Largely self-taught as a composer, Sabat studied violin at the University of Toronto, at the Juilliard School in New York, and computer music at McGill University, as well as working privately with Malcolm Goldstein, James Tenney and Walter Zimmermann, among others. With Wolfgang von Schweinitz he developed the Extended Helmholtz-Ellis JI Pitch Notation and is a pioneer of instrumental music written and performed in JI. Sabat’s work is presented internationally, available online and in numerous published editions. He teaches composition and the theory and practice of intonation at the Universität der Künste Berlin and is currently conducting doctoral research at the Sibelius Academy in Helsinki. Together with colleagues Catherine Lamb and Rebecca Lane he co-initiated the Harmonic Space Orchestra in 2019.

Unless otherwise indicated, files are made available under a Creative Commons license for artistic and educational purposes. Commercial use without explicit permission of the authors is not permitted.